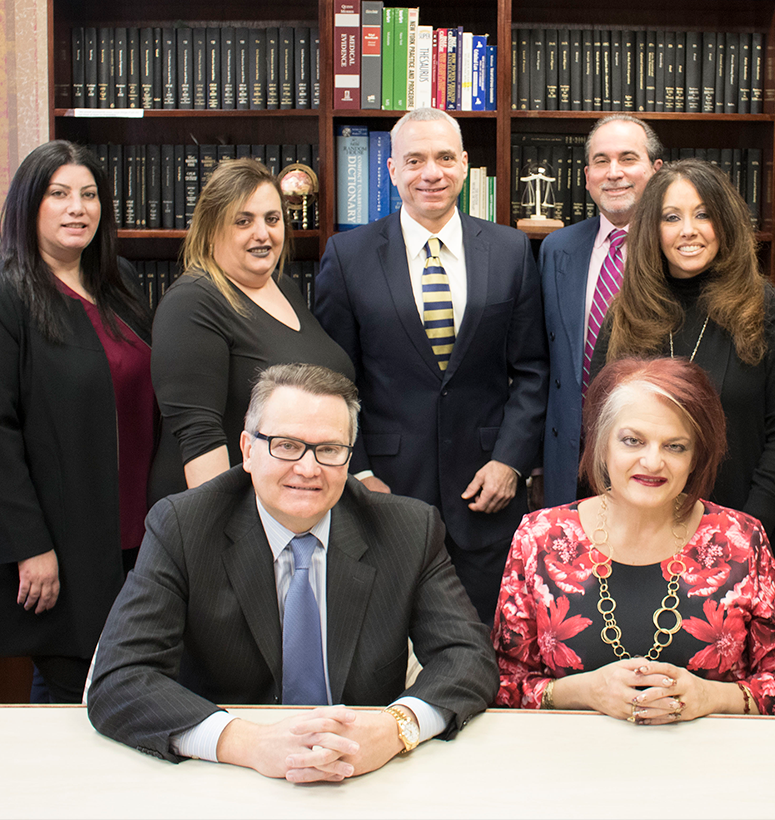 At Monaco & Monaco,
Our Mission Is Simple;

To assess the specific needs of your case and provide you with sound advice on how to move forward. We guide you through every stage of the legal process, helping you find the solution that is right for you and your family. When we take on your case, we always go the extra mile. As experienced lawyers, we are proud of our reputation for caring about our clients.

Antonio Monaco, Jr., graduated in 1983 from Fordham University, Gabelli School of Business with a Bachelor of Science degree in Accounting. He attended Brooklyn Law School and obtained his Juris Doctorate degree in May 1987. He began his career working in Plaintiff’s personal injury and real estate field.

Antonio Monaco, Jr., is a first class litigator with over 25 years of experience in the personal injury. Mr. Monaco has handled automobile, construction accidents, premises liability, medical malpractice and cases versus The City of New York with great success. Mr. Monaco has extensive experience in pretrial case preparation, deposition, mediation/arbitration, trial preparation, trials and appeals. He works tirelessly in order to obtain and achieve the best results for his clients. Antonio Monaco, Jr., is a member of the New York State Trial Lawyers Association. Mr. Monaco is admitted to practice in New York and New Jersey.

Mr. Monaco is also admitted to practice in the District Courts of New Jersey. He is also actively involved in his church and community.

Ms. Monaco’s focus is on the family. She has more than 29 years of experience in helping clients put their lives back together while guiding them through a divorce and all the issues that flow therefrom. She has been published numerous times and is the recipient of many awards.

Currently she is on the Family Law Committee of the Richmond County Bar Association, Board of Directors of the Bay Ridge Lawyers and a Court appointed mediator in the State of New Jersey.
In addition to being a well seasoned litigation attorney Antonietta is also a certified mediator and is collaboratively trained. Whether you choose to litigate, mediate or collaborate, Antonietta ensures you can divorce with dignity!

Frank A. Delle Donne is experienced in complex civil trial and appellate litigation with a practice concentrating in torts and personal injury. He also has significant experience in Commercial and Bankruptcy Law, Criminal Law including Habeas Corpus, and Business Law including Taxation.

Mr. Delle Donne has a relentless commitment to his clients, their cases and the Court. His clients include a wide range from high profile individuals and companies to ordinary citizens. His experience spans the entire litigation process from the investigatory pleadings and discovery stages through trials and appeals. Mr. Delle Donne focuses on critical motion practice designed to resolve the major disputed issues prior to trial.

He is a member of the New York State Academy of Trial Lawyers.

Joseph J. Carcagno, graduated in 1983 from Pace University, Lubin School of Business with a BBA in Finance. He later attended Pace University School of Law and obtained his Juris Doctorate degree in 1988. Mr. Carcagno began his legal career working in Plaintiff’s personal injury and criminal defense. During his tenure as a Plaintiff’s attorney, he handled automobile, premises, construction accidents, police brutality, wrongful death and brain injury cases to verdict.

Then, Mr. Carcagno was recruited by GMAC Insurance, a division of General Motors, to open its first ever in house counsel office which began operation in early 2006 in New York City. After opening the office and trying cases as a senior trial attorney at GMAC, he became the managing attorney and named counsel who eventually grew the office to twenty employees in two staff counsel offices during a tenure of almost ten years. He handled high exposure, high complexity cases from inception through trial, including all motions, depositions, discovery and appeals.

Mr. Carcagno has tried over 25 cases to verdict and has selected countless juries in every county in the New York City Metro area. He has written and argued numerous appeals as well. Mr. Carcagno is admitted to practice in New York State and Connecticut, as well as both the Eastern and Southern Districts of New York. Recently, he was admitted to practice before the Supreme Court of the United States. Mr. Carcagno is also active in volunteer community service as a member of the Board of Trustees of the Bronx Global Learning Institute for Girls Charter School located in the South Bronx region of New York City.

Gina is a paralegal in the field of Matrimonial law and brings more than 16 years of experience to our firm. Gina has experience in all aspects of the divorce process including drafting pleadings and motions, gathering and analyzing pertinent information and communicating with clients. Gina assists in all aspects of file and case management.

Maria is fluent in Italian and Spanish and has over 10 years of customer service experience. Maria has worked for Monaco & Monaco, LLP for over 3 years and provides daily support to the office staff, as well as maintaining great relationships with our clients.